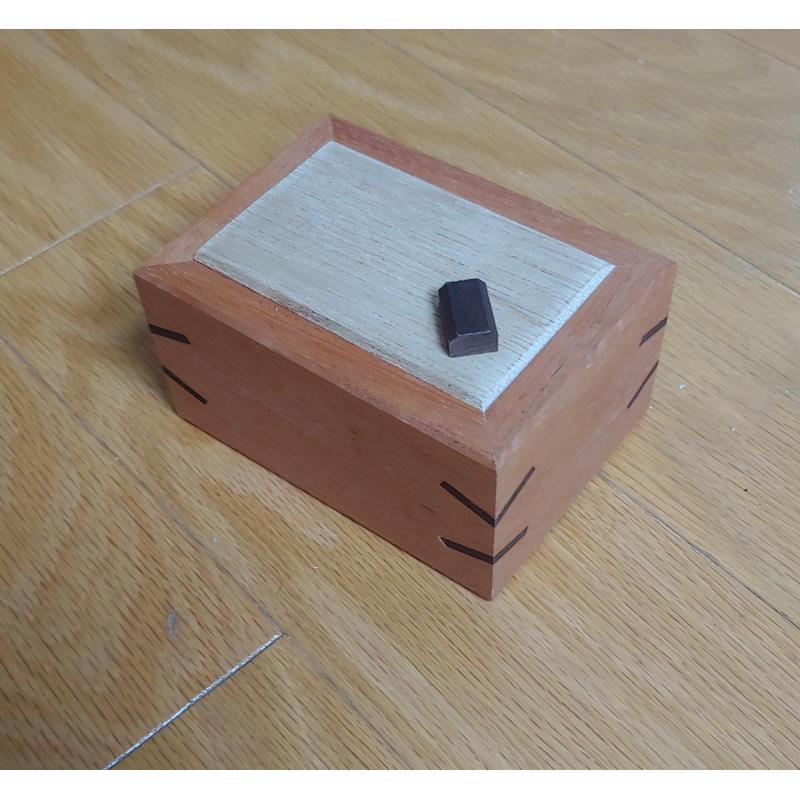 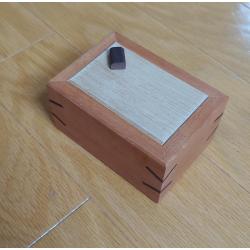 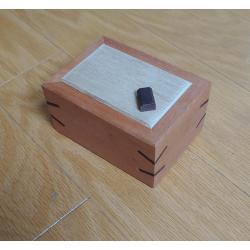 Starting from it's name, Blinded II is a tricky jerk of a puzzle. After hearing the "II/Two" in the name, it's reasonable to think there was an earlier puzzle in the series. Nope! Dee just called it Blinded II because it's the second-draft of the puzzle and never sold the earlier version except to some lucky testers. So if you go nuts looking to complete the series, you're barking up the wrong tree!
Continuing this trend of difficulty, you get a magnet to stick to random spots on the puzzle and hear some things move inside. It is very blind, living up to it's name! Personally, I have given up on solving this very difficult puzzle and just want to get back the money I paid for it to buy other easier puzzles more my speed. Maybe I can salvage my ego after solving some kiddie puzzles.
The lid is made of Phillepine Mahogany which has a gorgeous silvery sheen I have never seen on any other wood. It's a good thing that it's so beautiful to look at, because you will never get to see the insides!
I accept Paypal, but there are no extra Paypal fees, since I consider it to be the responsibility of the seller rather than the buyer. Also it's against the rules of the CDM.
I accept Transferwise for international buyers.
I am willing to consider other payment methods.
Shipping is USPS.
Buyer chooses the shipping speed, First Class or Priority.
Insurance is optional, but buyer has to cover it if it is desired.
I ask the winner to hold off on paying until after I calculate and message final shipping costs to be added to the final bid.