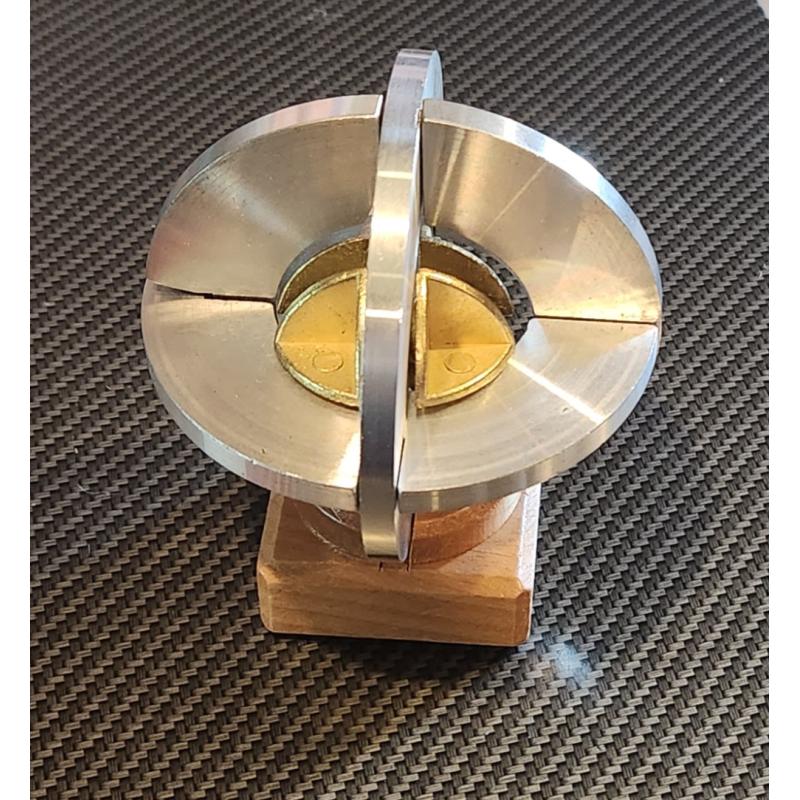 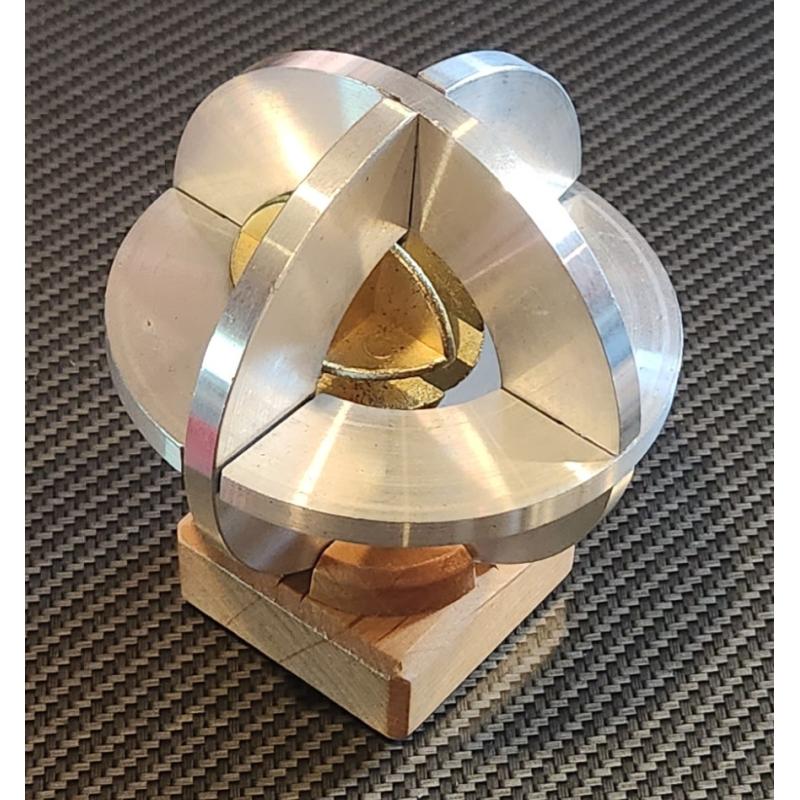 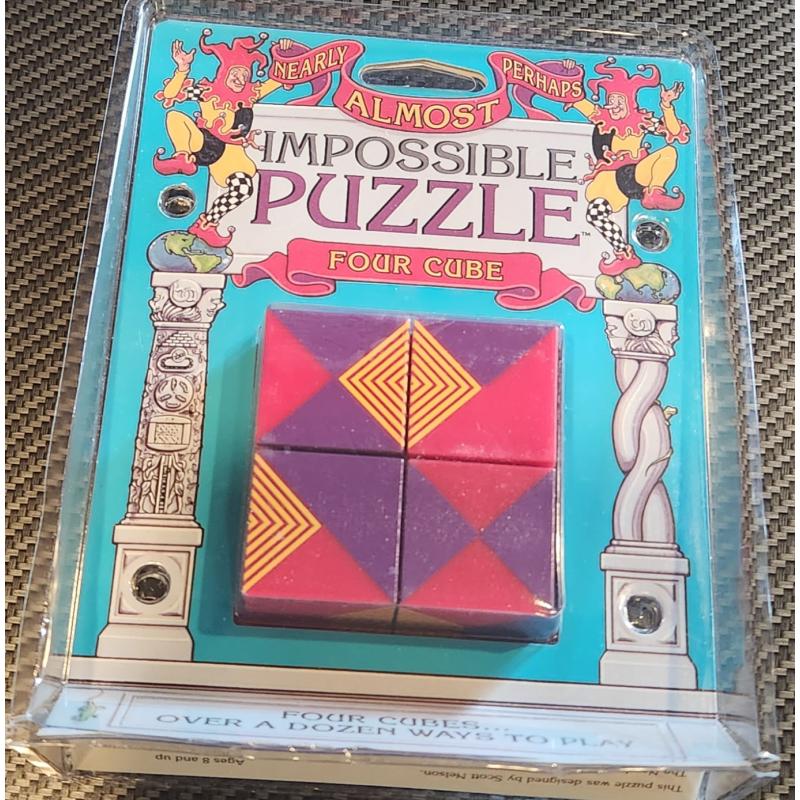 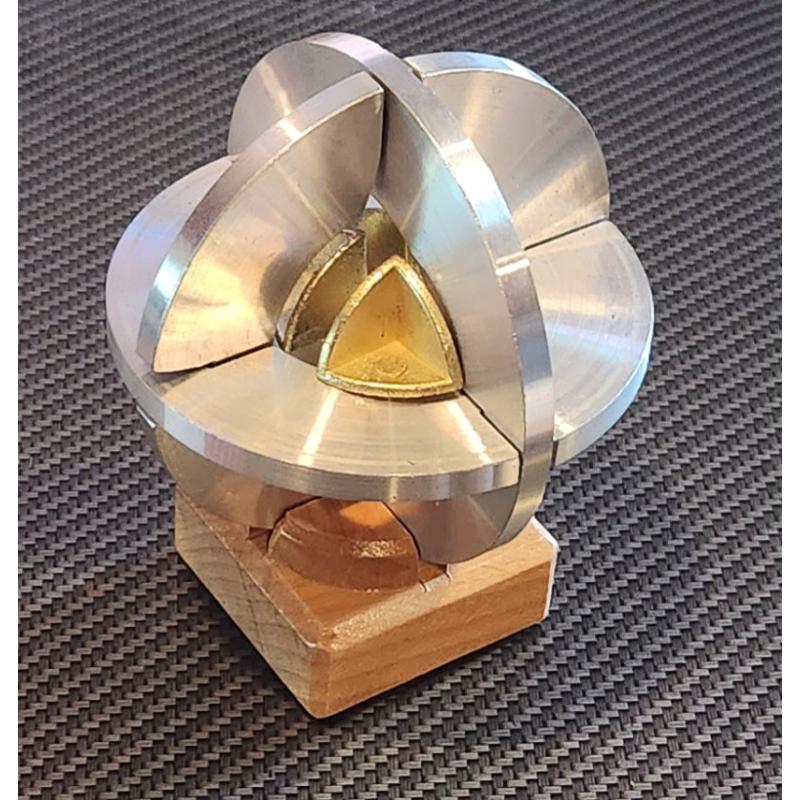 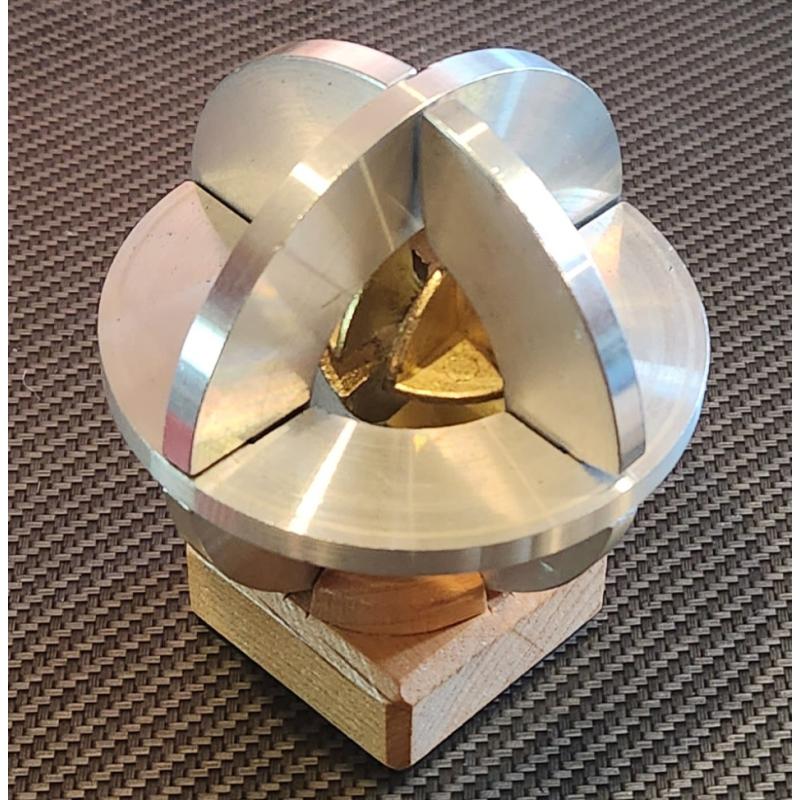 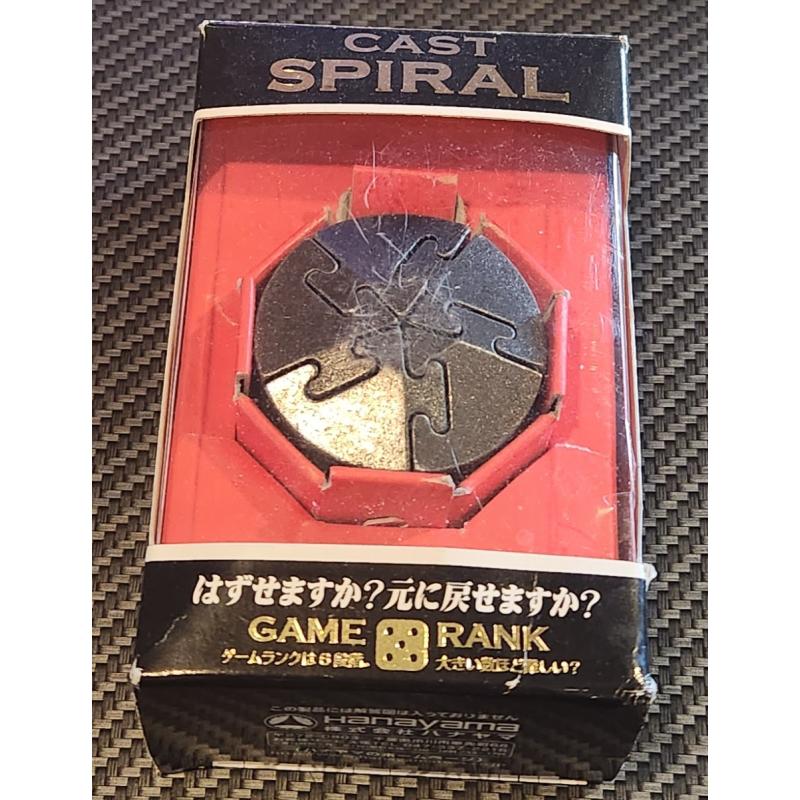 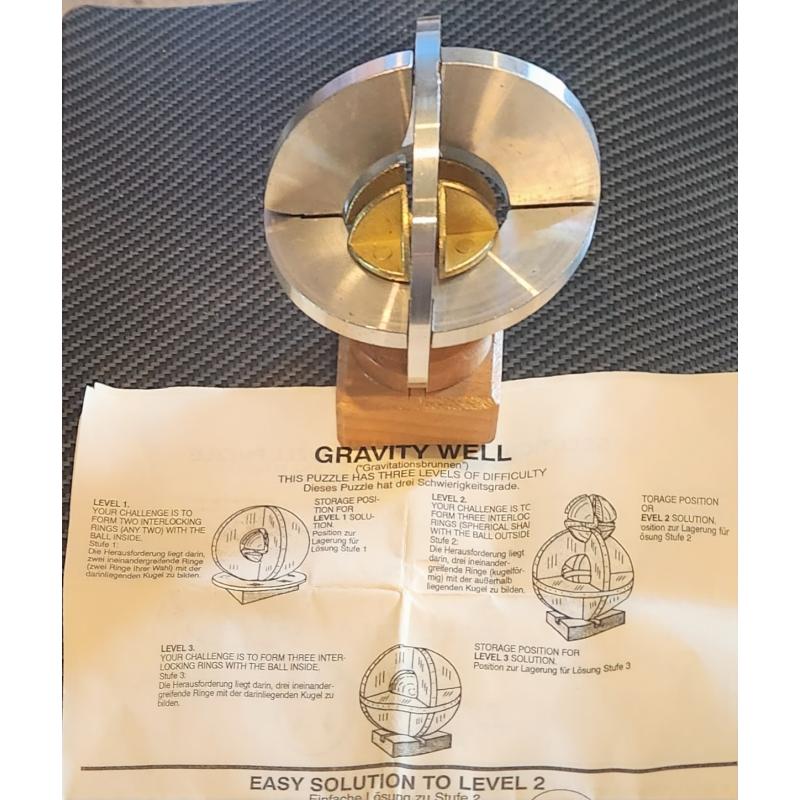 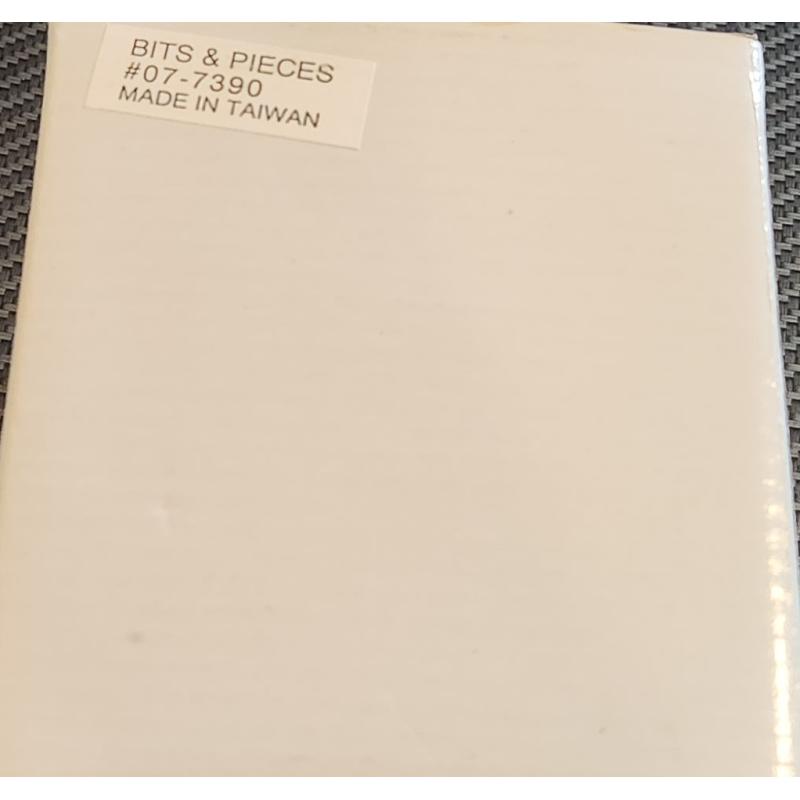 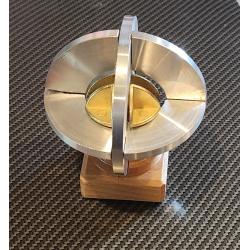 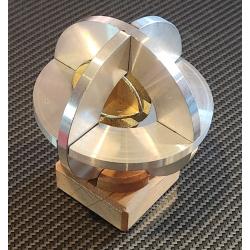 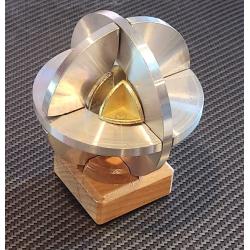 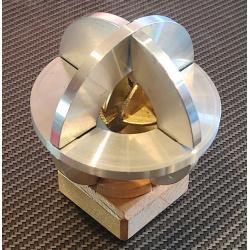 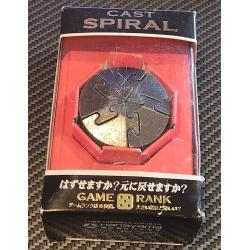 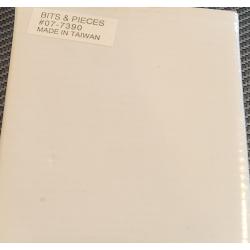 Gravity Well by Harry Nielsen made by Bits and Pieces

It is a nice (though difficult) take-apart puzzle. Your goal is to disassemble the whole shape into three rings and a core, and then to reassemble the shape. Accoridng to the net it is a rare puzzle and fairly coveted, by the prices on recent auctions I can only imagine they are correct.

Harry Lewis Nelson is a mathematician, computer programmer and expert, math editor, and devoted puzzle inventor. Nelson earned his degrees in mathematics from Harvard (1953) and the University of Kansas (1957). For 30 years, since 1960 until 1991, he worked with supercomputers at the Lawrence Radiation Laboratory / Lawrence Livermore National Laboratory (LLNL) in Livermore, California. Harry and his wife Claire live in Livermore, California. They have four children and nine grandchildren.

Harry was also a long standing member of IPP and it seems a friend of Bill Durrah. This puzzle was part of Bill's collection.

The other two puzzles are also credited to Harry according to the following website:  http://www.ageofpuzzles.com/Masters/HarryLNelson/HarryLNelson.htm

I will be including these as a Nielsen puzzle pack for the winner.

Shipping is determined at close of auction. 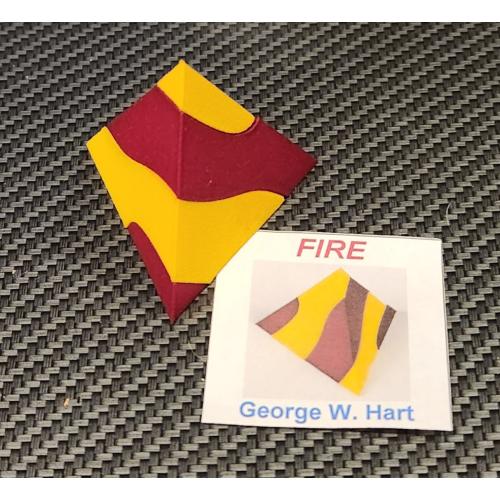 Just a little digging I found that this unusual puzzle is an IPP puzzle. Doesn't say it on thr paperwork but in George's own words he only made a handful of there little ... 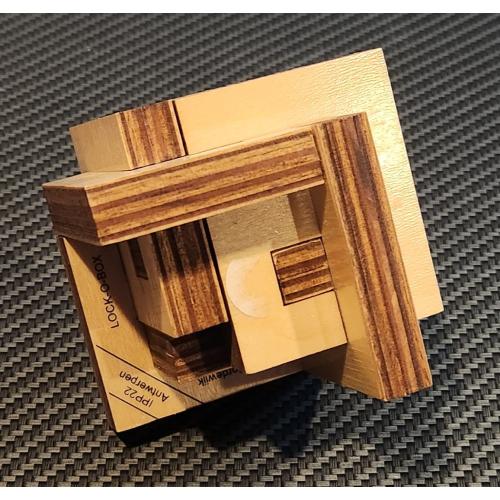 This puzzle looks more like a modern work of art than a puzzle but I assure you. In the pic you will see where a sticker held in a keystone... yep.. it's a puzzle and it ... 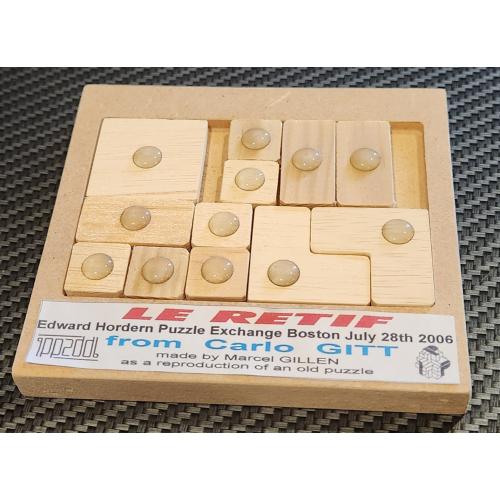 This is a sliding puzzle and and is in great shape. Almost a pocket puzzle. I guess Carlo found the original and wanted to give credit to its creator but could not find t... 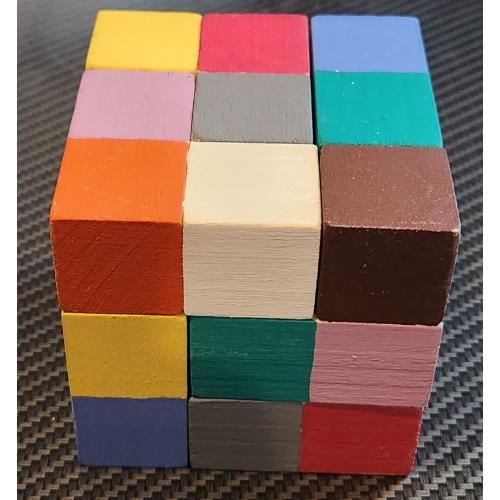 This is a stacking puzzle, very colorful like another famous cube... but has colors everywhere. It is wood, hand painted, and the maker is on the box... Shipping is dete...