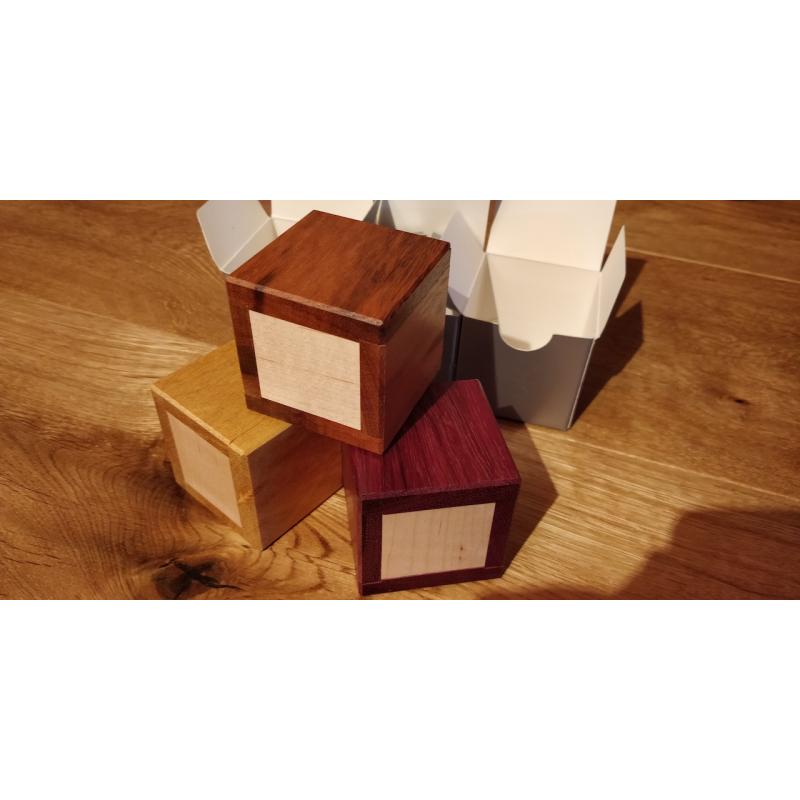 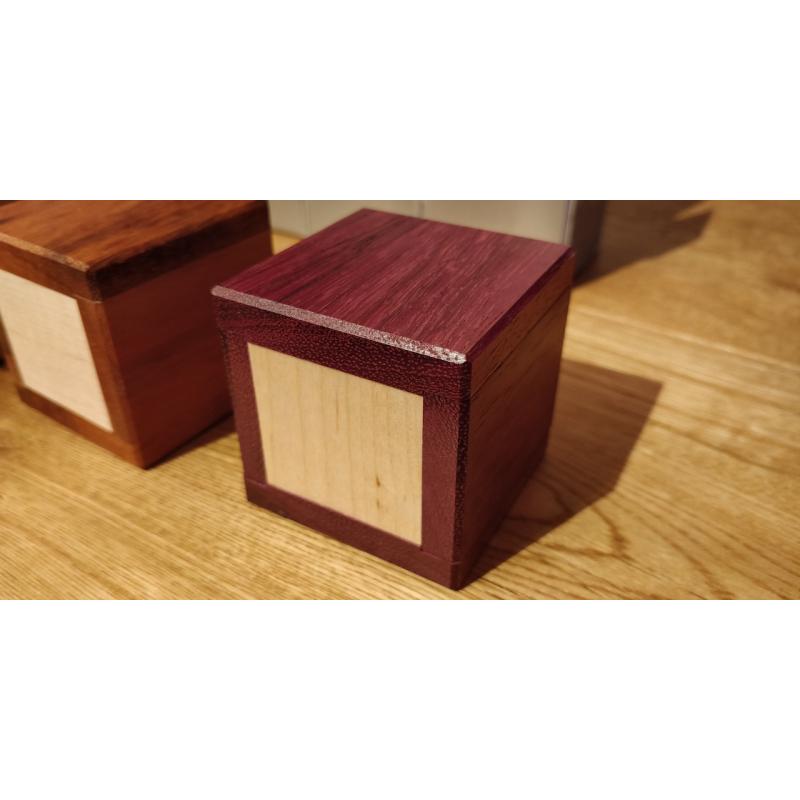 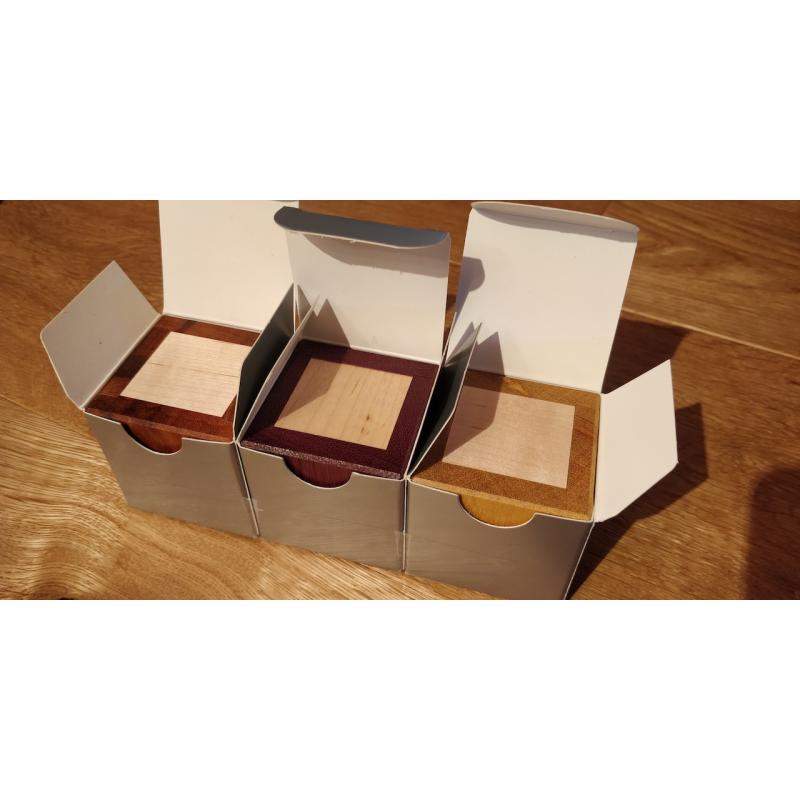 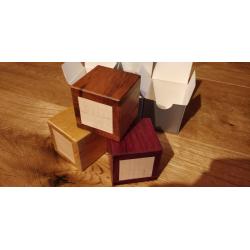 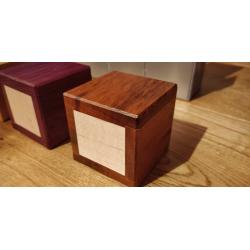 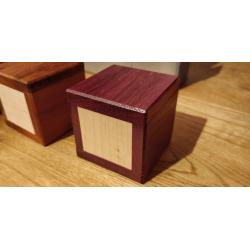 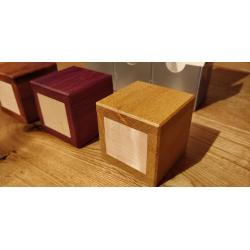 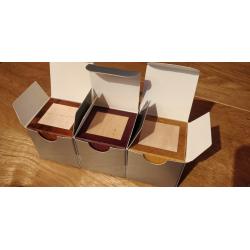 "HexTrios is a collaborative effort between collector Matt Dawson and Eric Fuller. Matt's original design was named Ambidextrous HexDuos, and was two identical boxes that interacted with each other. HexDuos was Matt's IPP exchange puzzle in 2010.

Eric enjoyed the concept behind the mechanism but thought it could be tricker. He redesigned the boxes to be stronger, more production-friendly, and more difficult. Much more difficult! The resulting HexTrios are identical in dimension, but each has a different mechanism. These boxes were a lot of fun to make and design!

The puzzle is sold assembled and in original cardboard boxes.

Only left the boxes twice, once for solving and then for the pictures you see attached

Buyer pays shipping and PayPal fee or sends money to friends and family.
Please contact me for shipping costs, this is my first sale here and the worldwide situation makes it a bit trickier.

NOTE: This is my first sale of this puzzle even if it lists as sold already. Both bidders were in the US and after it was won I forwarded the bidder to Eric as he still had some from the second batch available and I did not want to take advantage of them as they would have paid way way more(fees, conversion and shipping). 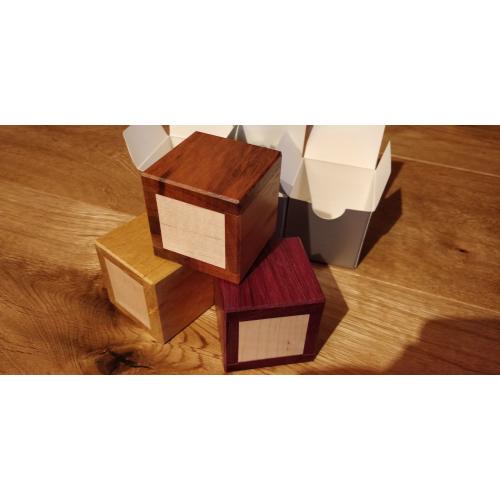 From cubicdissection.com:"HexTrios is a collaborative effort between collector Matt Dawson and Eric Fuller. Matt's original design was named Ambidextrous HexDuo...