Brian went above and beyond with the creation of this masterpiece!

“Junichi thinks the L Burr is one of his best designs ever; in his words “one of the most diabolical”. Considering how many puzzles he’s designed over the years (and we’re sure a few of those remain unsolved around the world) this is a big statement!

It’s only 4 moves to remove the first piece, but that’s when the fun starts. This puzzle has more twists and turns than you can imagine.

Back in 1990 he pioneered the first versions of his 6 piece board burr. In 1991 he then considered that he could divide the 2 x 4 rectangular shape on the end of each completed puzzle into two L shapes to create a very interesting puzzle. He remembers thinking this was so interesting that if he didn’t design something like this soon, someone else would.

Completely designed in his head it took about one full week to design this L burr. He was concentrating so much on the puzzle in that week he says he even dreamed about it. Some people tried to make the puzzle and all reported back to Junichi that in theory the puzzle could not be assembled. This is incorrect, although the BurrTools software (a fantastic tool for analysing burrs created by Andreas Rover) still won’t be able to help you solve this one.

Mathematical theory suggests that the puzzle has a unique solution but in practice when made from wood we know there is a slightly sneaky second and unexpected one which Brian found during prototyping (much to Junichi’s displeasure!). After that they worked together to change and improve the original design and it now has more twists and turns than ever before.

For both assembly and disassembly, you will find that correct positioning is critical to be able to get the pieces in place without any force.

So as not to rely solely on glue Brian decided to add decorative 6mm x 6mm splines to each glue joint (the blonde wood) for extra strength. We think the benefits and the final look of the puzzle has been well worth the extra time and effort.

Wood: The puzzle is made from Rose Alder with Queensland Silver Ash splines”

Shipping cost to be determined at close of auction. 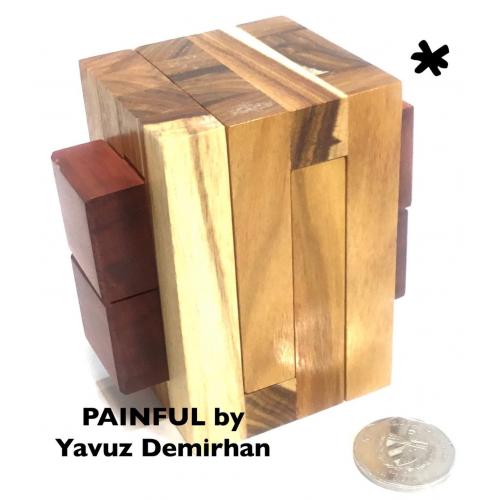 Painful - Yavuz Demirhan by Brian MenoldThis beautiful puzzle is a very early example of Brian’s craftsmanship and if your a fan of his work you don’t want to pass on... 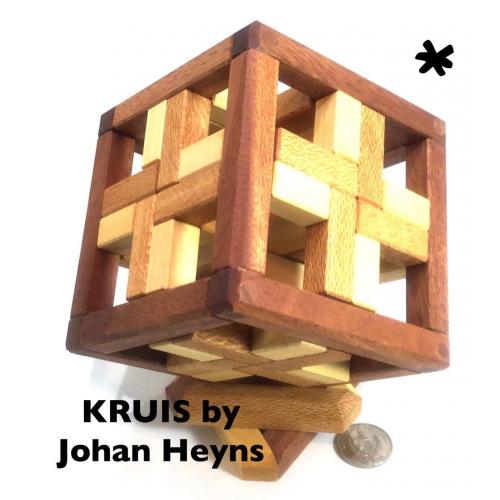 Kruis (2009) by Johan HeynsThis is a spectacular example of Johan’s creative ability in addition to his fine craftsmanship.  Only three pieces need to be removed from... 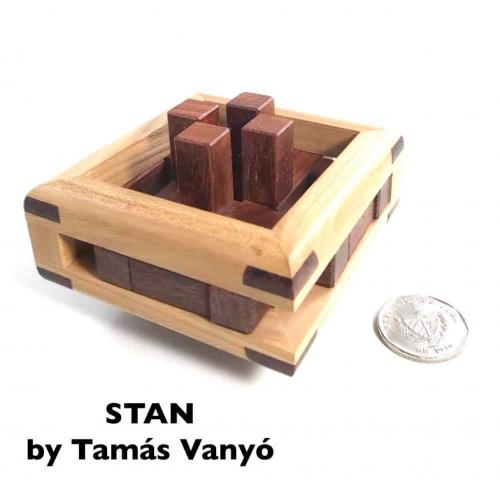 Stan - Tamas Vanyo by PelikanThis is a nice design very well crafted by Pelikan in 2013.Kevin wrote about it on his blog:“The next one that I picked up was simply calle...