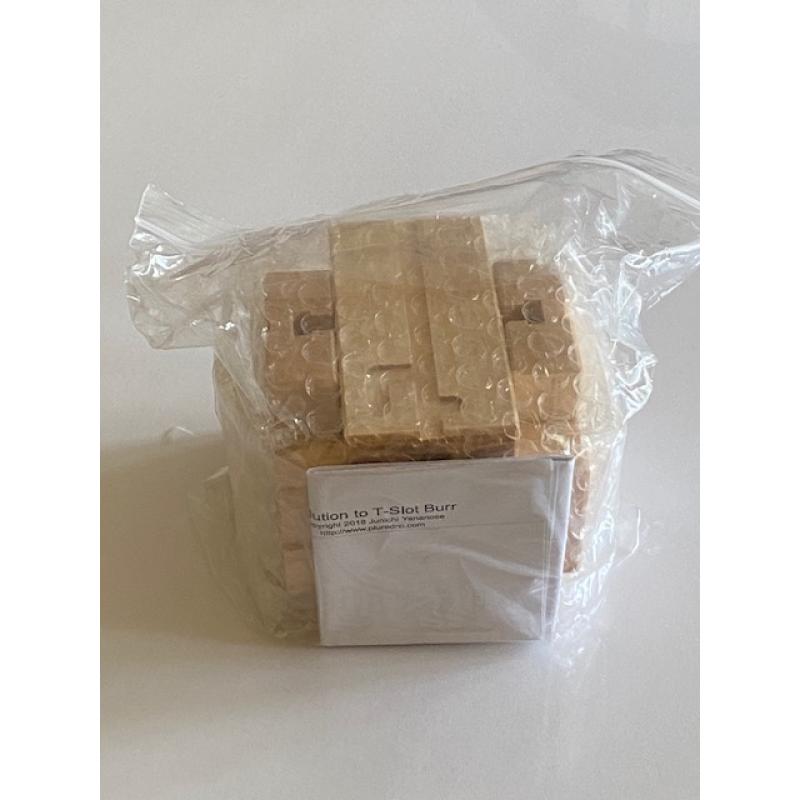 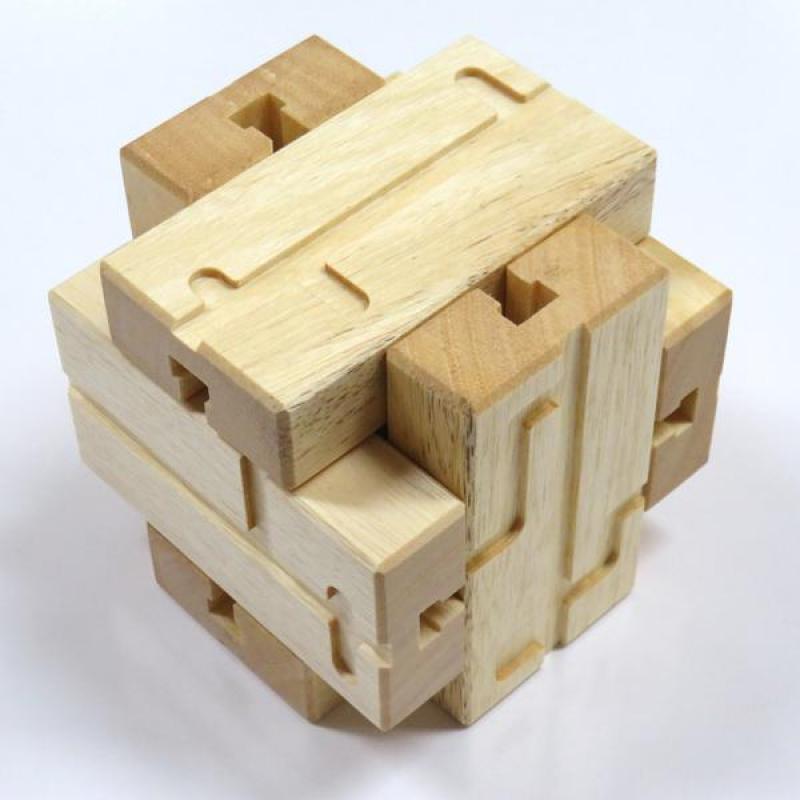 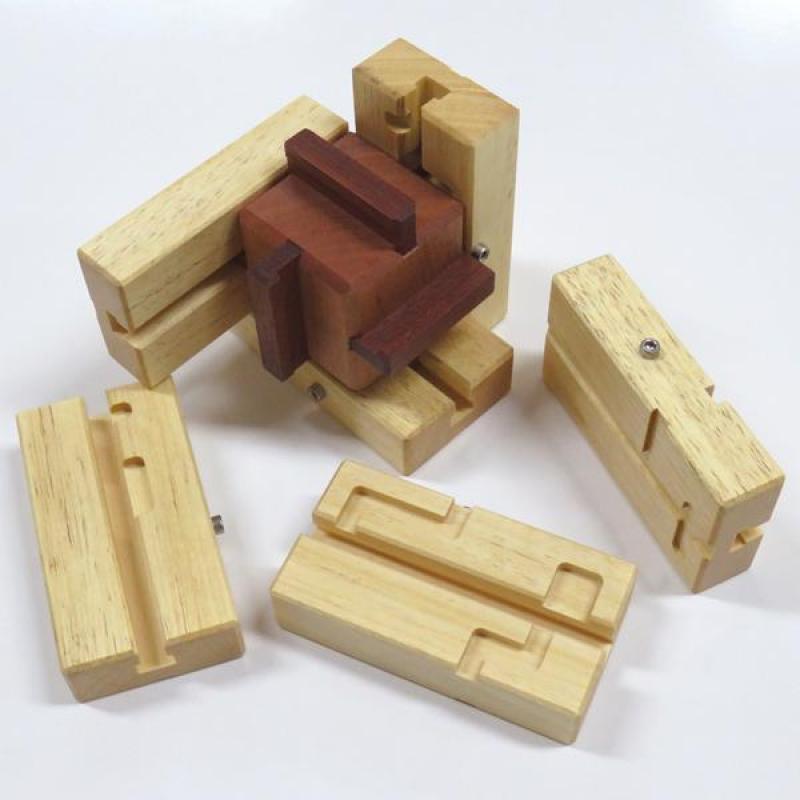 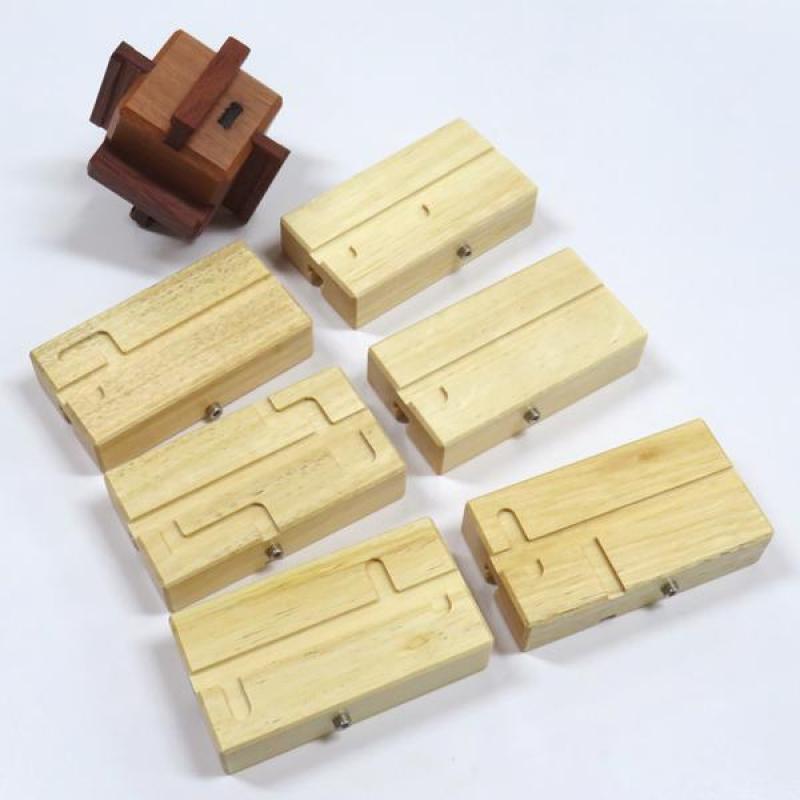 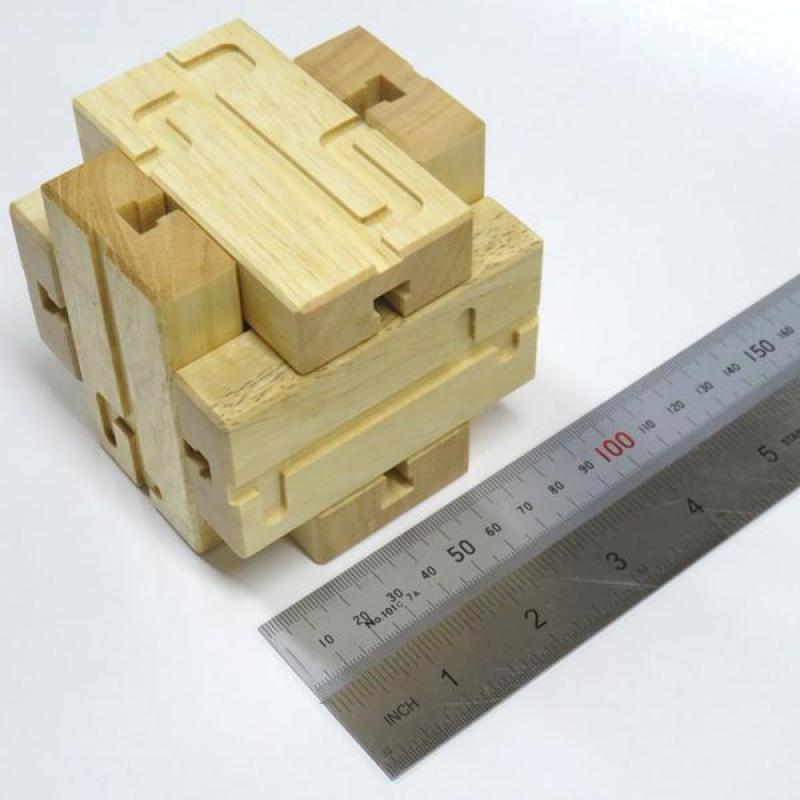 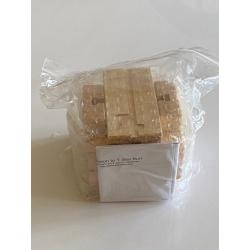 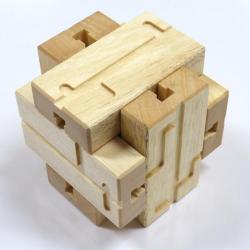 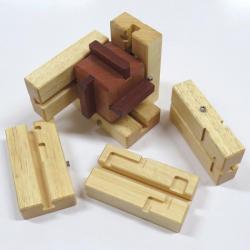 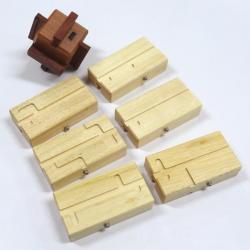 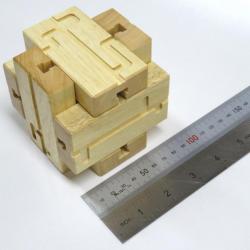 This Puzzle is in NEW condition and never taken out of the original packaging or played with!

If you would like to have an interlocking burr puzzle that is something different from others that are widely available on the markets, this is it. As you see in the images, the burr puzzle has a very unusual appearance.

The six light-colored pieces are held by the internal core piece by fitting T-slots and T-rails. There are a total of eight pins (cap screws) mounted on the sides of the pieces and those pins travel in the grooves and T-slots inside the other pieces. All six pieces would simply slide and come apart, if there are no pins. T-slots and T-rails give an interlocking function and restrict the moving direction of the pieces. Pins and grooves give interacting movements between more than two pieces. It is also significant that the T-slots act as part of the grooves.

Juno designed seven step versions of T-Slot Burr in his mind while he was laying in bed, and then modified the original design using BurrTools adding extra grooves and pins to the puzzle pieces. Now it has turned out to be a level 18-8-1-1-3 complex burr. It may not be hard to disassemble the puzzle but re-assembling the puzzle would be quite challenging. He thought that it would be hard to visualize the internal structure of the puzzle and he decided to mill out grooves outside the pieces. It gave good features to the puzzle because the assembled shape of the puzzle without external grooves is a bit boring.

The most difficult part of the production of this puzzle was to give appropriate tolerance and accuracy to the fitting of T-slots and T-rails. He also considered using dovetail joints and purchased several dovetail router bits. It was important to keep the external six pieces from moving following the radial axis to give a good feeling when people play with the puzzle and T-slots were a better option than dovetail shaped grooves for this puzzle.

It's a solid, chunky puzzle and you would feel good with the volume and weight when you hold the puzzle.

Origin: Made in Australia 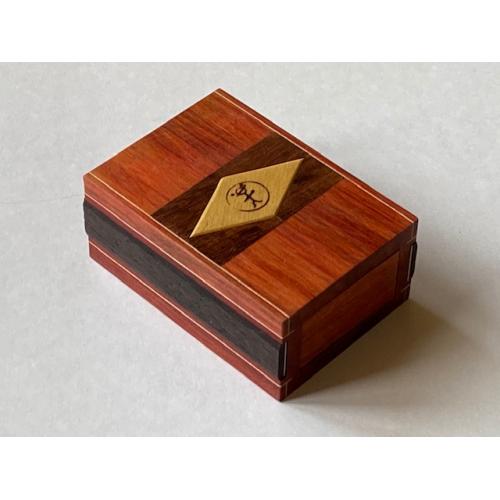 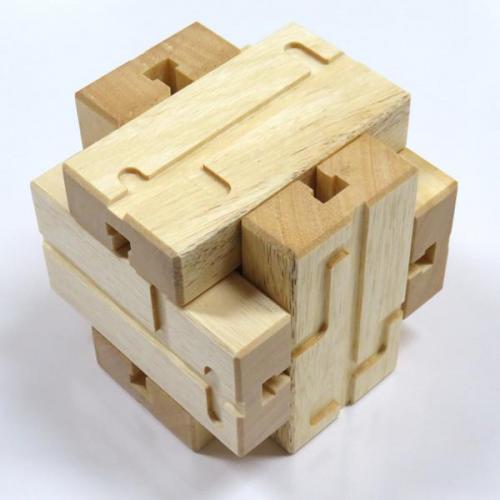 This Puzzle is in NEW condition and never taken out of the original packaging or played with!If you would like to have an interlocking burr puzzle that is something diffe...