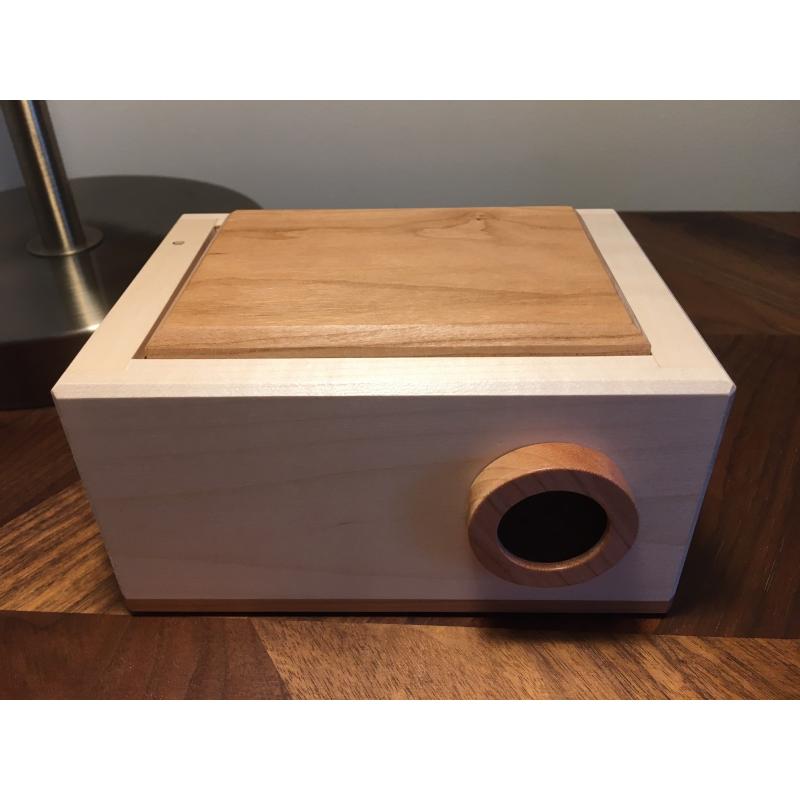 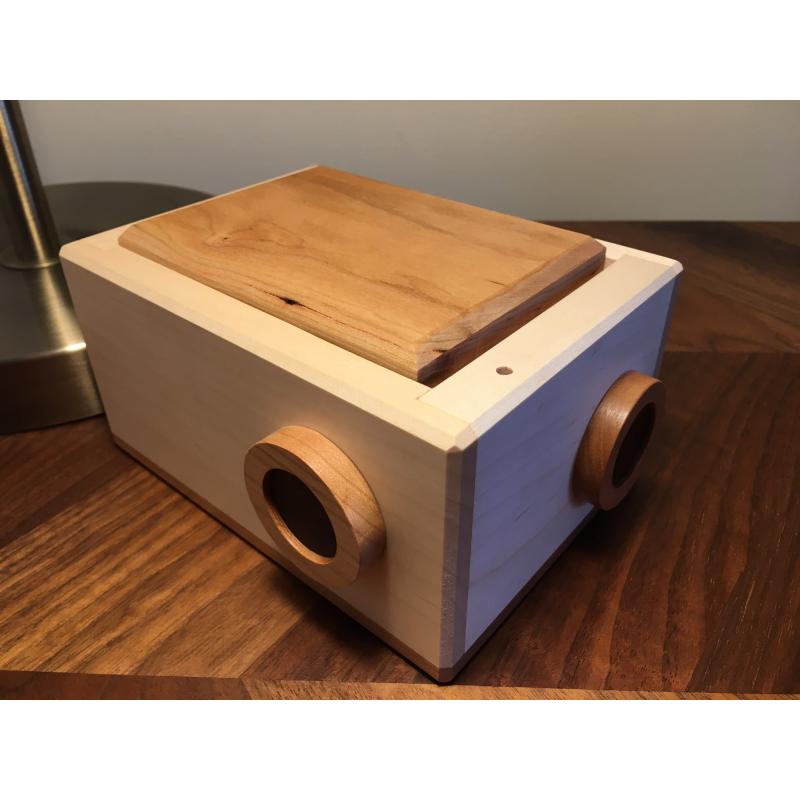 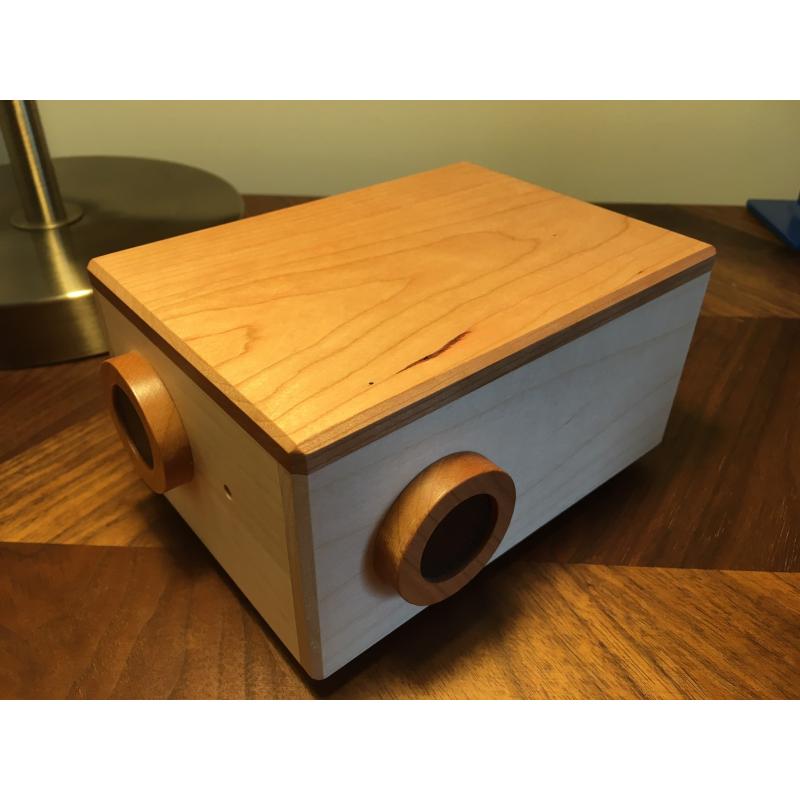 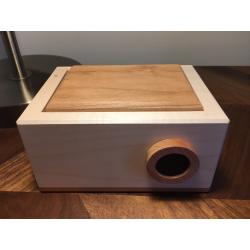 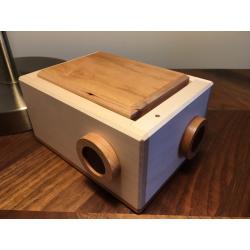 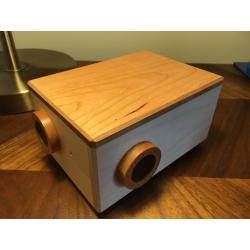 ***SHIPPING TO USA ONLY***  Buyer to pay shipping cost, to be added to final bid price at end of auction.  Please wait for the final updated invoice before submitting payment.
Condition:  Like new, only solved once.
Description from CubicDissection.com:

"This newest creation moves away from some of Space Case's more blind aspects, providing ample direction and feedback from start to finish while preserving some of the best aspects of such semi-hidden mechanisms. The box's aesthetic shares some similarities with Space Case, featuring shapes on its sides whose possible purpose must be determined. However, its puzzling is quite different and, I think, more playful. Portal features some really cool design details that had me smiling appreciatively after I reached the end and realized the nature of the path he takes us on; the puzzle gives WMH a run for its money..."

Dee originally planned for a batch of 60 puzzles but ran into issues that reduced the yield to 26 copies. He is working on another set which will be released as soon as they're finished.

26 copies of Portal available. Each puzzle is signed and dated. Portal ships in an unsolved configuration.