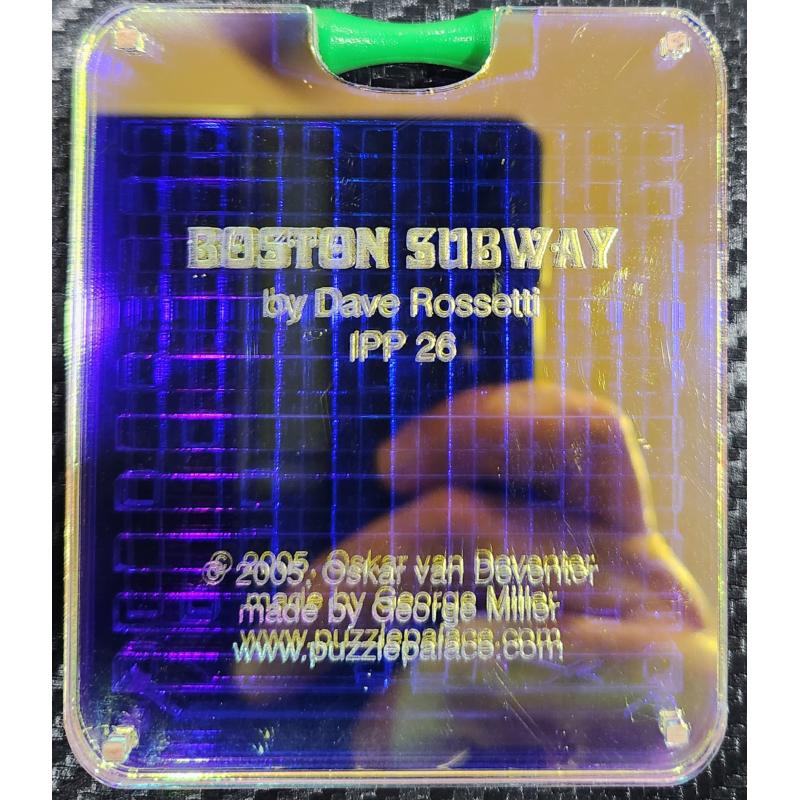 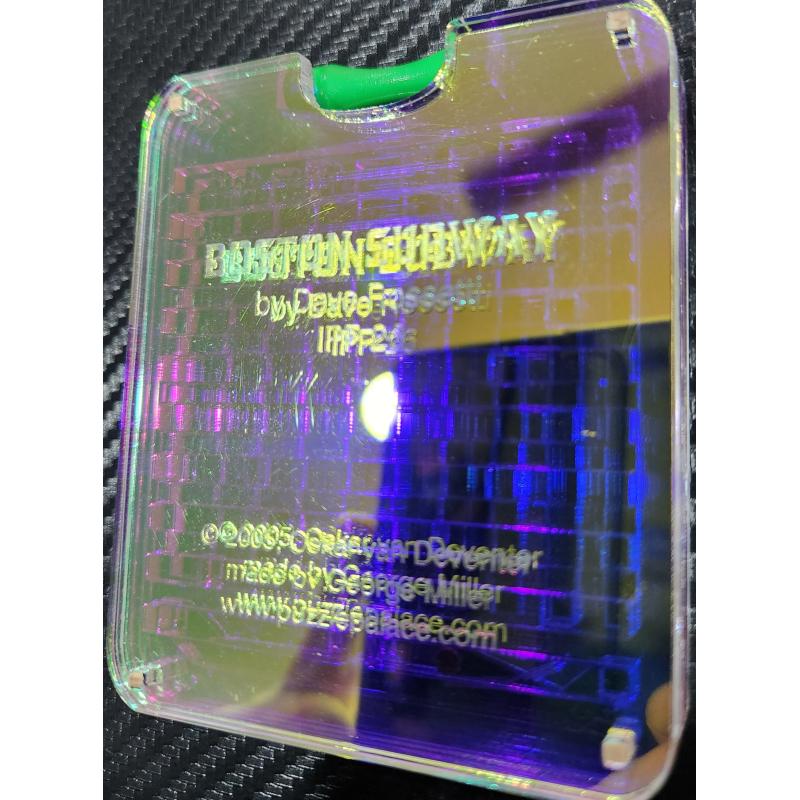 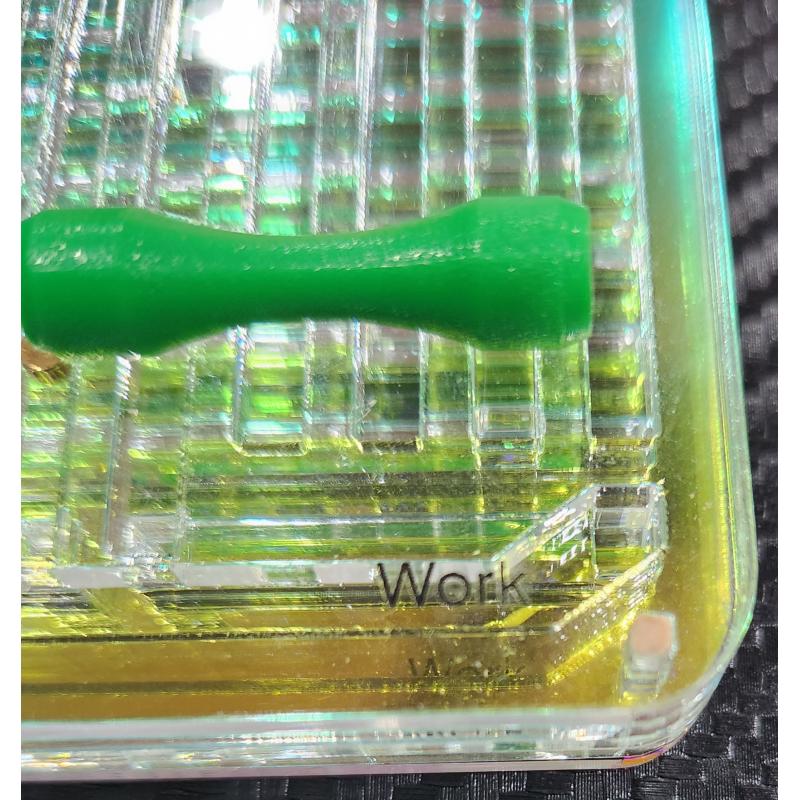 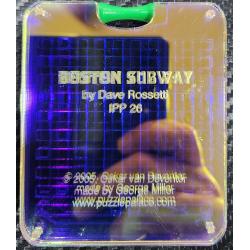 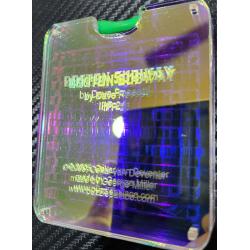 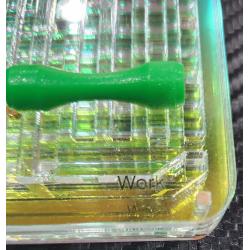 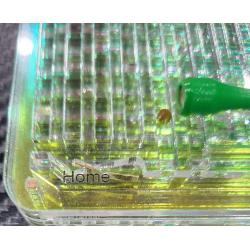 The Boston Subway was super-prolific puzzle designer Oskar Van Deventer's IPP26 Exchange Puzzle. My guess is that the design and name of the puzzle was in keeping with the theme of the host city of IPP26, Boston, USA in 2006. The Subway was designed by Oskar but made by George Miller.

The Subway is a very cute pocket-sized maze puzzle, which was what attracted my attention in the first place. Measuring a very handy 9cm x 7.5cm x 1.5cm, it is made up of five layers of clear acrylic joined together. Atop the puzzle is a little red "rod" or magnetic wand which is used (from the outside) to navigate a very tiny magnetic disc inside the maze from the start point to the end point, from HOME to WORK and back HOME.

This is a 3-dimensional maze consisting of an array of both vertical and horizontal paths as well as side-way channels, no curves, but just like a real city subway system with all its levels, walkways and lifts.

This puzzle is very challenging since the clear layers of acrylic make it very hard to see the various paths, channels and openings clearly (no pun intended) and the disc being so small.

When Oskar was asked why a magnetic disc was chosen (given the kind of difficulty) instead of perhaps using a small ball bearing, which to me seems a better choice. Oskar replied that his original version was to use a ball bearing but implementing the disc was George's idea. Anyhow it was felt that the disc involved less dexterity and more control with the wand. Who's to argue with Oskar anyway?

Not easy to solve given the maze design and materials used and also the requirement of the wand to move the disc around.  Nevertheless a uniquely themed maze and certainly a rare and collectible puzzle.

Shipping determined at close of auction. 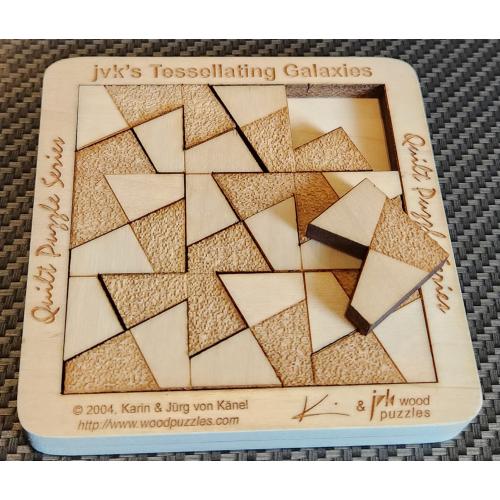 A really nice wood puzzle... scatter the pieces and put the very similar pieces back together again. Shipping determined at close of auction. 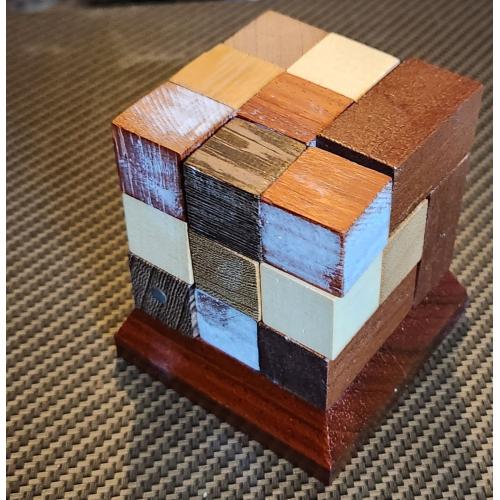 This 7nusual look puzzle is a stacking/packing puzzle that comes on a stand, great color selection from the creator... and seems like it could get out of hand really fast... 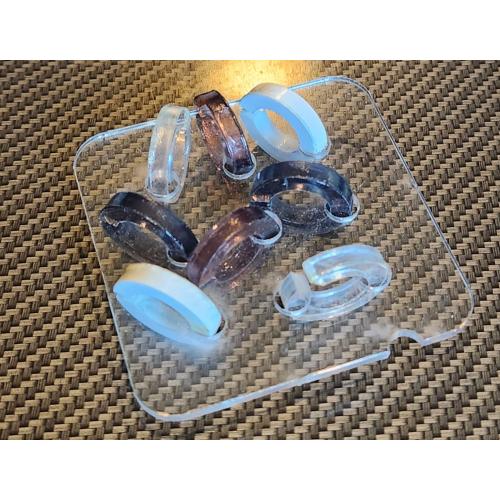 Another 8 Puzzle by Yoshiyuki Kotani, IPP22

This is a ring sliding puzzle. Take your sliding puzzle into another dimension... plexiglass and plastic but ingenious design. Shipping determined at close of auction. Oskars Blocks by Bits and Pieces

What a Neat little Puzzle, By Oskar Van Deventer! Oskars Blocks!I am pretty sure, based on comparing pictures, this set is made by Bits in Pieces in Metal. The ones direc...